Due to an epidemic within the pandemic, across the United States and in 13 countries, For The Children is EXPANDING its direct services to children of neglect, abuse and abandonment. Sign THE PLEDGE to help victims of family-induced childhood trauma during the COVID-19 pandemic. 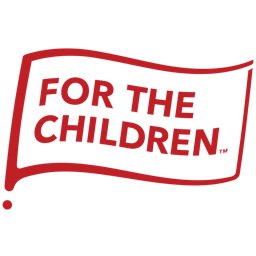 In 1985, a pastor saw a need to provide hope to local foster children in Costa Mesa, California. The result — a week-long summer camp was held in the mountains. The goal —  to create moments that matter for 37 foster children ages 6-12.
‍
After the first five years of a single church hosting camp each summer, it became evident of need in every community in the U.S. Hundreds of thousands of children simply have no experiences with intensive mentoring, fun, self-esteem activities, and positive memories. Royal Family KIDS was then incorporated as a nationwide organization, and developed a model to scale the critical programming. From 1990 to 2008, the organization steadily grew, serving more and more children each year and equipping more leaders from churches around the world to be able to serve children in foster care. Royal Family KIDS was well on its way to realize that its ultimate mission — to serve every foster child, ages 6-12 — could be possible.
‍
In 2008, the organization expanded to include a yearlong mentoring program to build upon healthy relationships that had formed between the volunteers and children, providing consistency in a foster child’s life, and making even more moments that matter.
‍
Thirty-five years after the first camp was held, there are 252 chapters in 44 states and 13 countries. Annually, our chapters serve almost 10,000 children through camp and mentoring programs. We will not stop until we reach our ultimate mission – to transform the life of every foster child, ages 6-12.